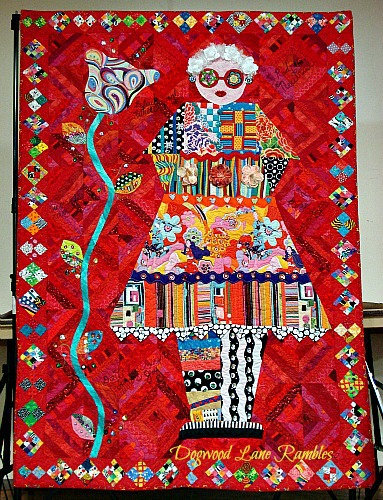 I had such an unexpected thrill this weekend. The local quilt guild Foothills Quilters guild held their annual quilt show and I was the first person in the door on Sunday morning - literally! It wasn't that early, 10 AM but I just happened to get there right on time for a change. Anyway the show was just so so in my opinion but unknown to me in another building they had a featured guest artist - Freddy Moran! I almost missed it. It wasn't well marked and no one at the show was talking it up. I just happened to wander into the right place and came upon one of my quilting idols! It felt like walking into a museum side room and stumbling across Picasso sitting at a table surrounded by his paintings. I was gob smacked! Freddy was so charming and friendly, we chatted for quite a bit I probably sounded like an idiot I was so star struck. When I asked if it would be OK if I took pictures she said her feelings would be hurt if I didn't. 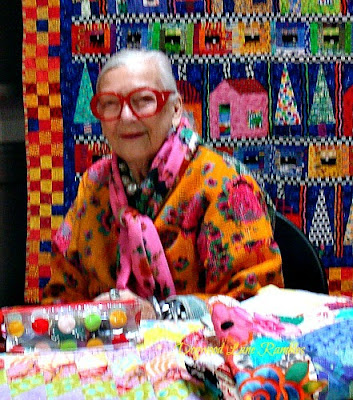 Today and tomorrow I'll share the exhibit with you so your eyes won't bug out of your head all at once. Unfortunately the display was not the best and I couldn't get a good angle on a lot of these amazing quilts. Let me just say they are a feast for the senses.  If you are not familiar with Freddy Moran's work I found this small biography online:

Freddy Moran likes to divide her life into three periods: school years, parenting years, and artist years. She graduated form Dominican College, a small liberal arts women's college in San Rafael, California. Pottery was Freddy's first love, and she majored in art. After graduation, she married her childhood sweetheart, Neil----they met when they were 12 and 13. Fifty-three years later they are still boyfriend and girlfriend. Freddy and Neil raised a family of five sons. Their children's families, including 13 grandchildren, live near by and continue to keep her busy and fill her with joy.
Her first quilting book, Freddy's House, brought her fearless use of color to a wide audience and is still in demand. Freddy travels and teaches extensively, challenging quilters to break the rules and do what works best for them. She has appeared on national television programs including the DIY network. "Red is neutral" is her quilting mantra.
Now on to her AMAZING, FEARLESS and JOYFUL quilts. I hope you get as much pleasure from these photos as I got from seeing them in person. 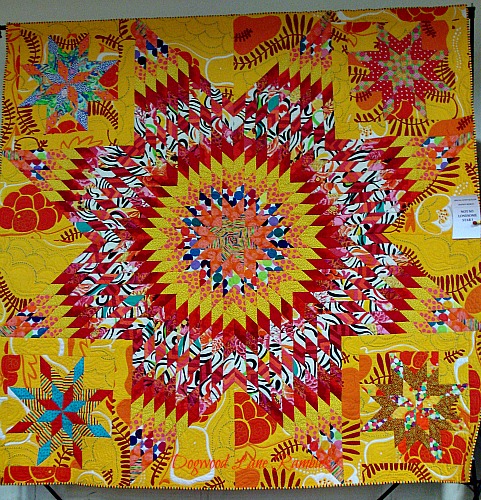 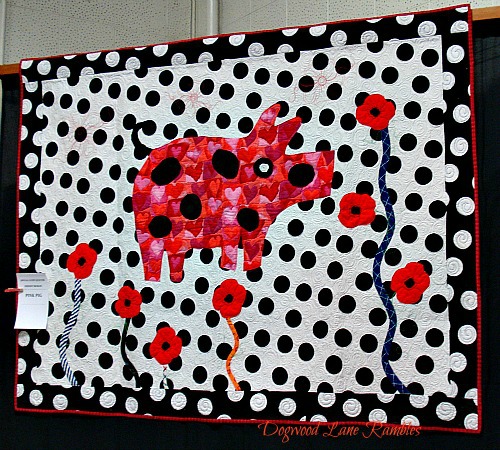 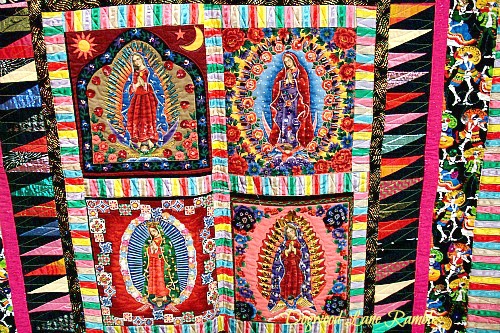 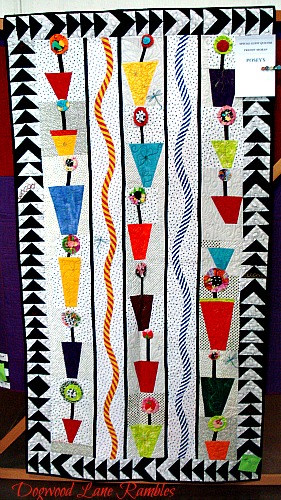 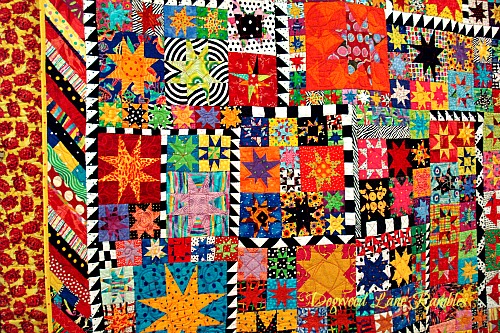 I'll show you the rest tomorrow. Linking to Patchwork Times for more inspiration.
Until next time,
Posted by Dogwood Lane Rambles at 11:02 AM

Thanks for your comments. I love hearing what you have to say.

Time for the task,

Wisdom for the work,

Grace for the way,

Love to the last.

Followers: Thanks to all my followers I'm so happy to see you here.

My sewing room make-over is finally finished and I'm really excited to show it to you. In order to truly appreciate how awesome this ... 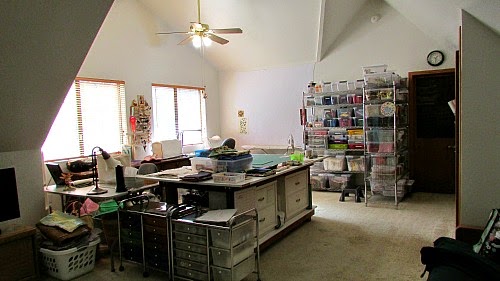 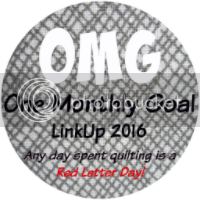 Quilting By the River/Linky Tuesday

From the Farm Blog Hop 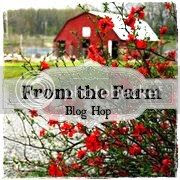